Posted on May 30, 2014 by vixenswithconvictions — Leave a comment
Thinking back on my days in Belfast in the late sixties brought back many memories as to how alive the city was in those days. After my spell in East Belfast myself and a few of my friends moved to the university area. Thanks to a donation from my father, we were able to put a months deposit on a flat in Cromwell Road. I think it was a tenner. It was a peculiar setup with us renting the ground and second floor and three other girls had the first floor. The landlady was a buxom woman from Donaghadee, a staunch Presbyterian with a pint sized husband who followed at heel, occasionally muttering ‘yes dear’. It was obvious within a week we were not suitable tenants. However we had signed a six month lease and we were going nowhere.
Our local drinking hole was the Regency Hotel and many nights saw us heading out for a drink. Unlike today’s youth I had my first drink at 17 and that was either a Dubonnet and white lemonade or a Babysham.
One of our ex Lord Mayors, Dixie Gilmore had a shop on the corner of Lawrence Street. We lived royally on Cadbury’s smash, vegetable roll and baked beans from there. His beautiful Sri Lankan wife would let us owe a penny or two till the end of the month. Dixie became Lord Mayor in 1987. When payday came round we treated ourselves at the Quic Snac ( wonderful omelettes) at Shaftesbury square. A newly opened restaurant opposite the Black Man called the Scandia was the’ in ‘ place to go and the Chicken Maryland and the Strawberry Pavlova ‘ were to die for’. I  still miss the Skandia. Other popular eating places were the Chalet D’Or, (gorgeous pork chops) Cotters Kitchen ( great home cooking) and the Wimpey Bar in Wellington Place. Their hamburgers and their waffles were delicious. I think they were the first place to introduce tomato sauce in a plastic tomato. Oh! The sophistication. McD’s were such a disappointment when they arrived. Tasteless meat in cardboard.
Lots of groups visited Belfast in those few years before the troubles started. Older readers will remember Dave Dee, Dozy, Mick and Tich, the Troggs, Merseybeats, Gerry and the Pacemakers, Manfred Mann and Cream. The Beach Boys,  Gene Pitney I could go on and on. 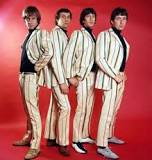 When there were no groups playing this was the era of the show band. The Astor and the Orpheus echoed to the beat of all the big bands , such as the Freshmen, the Hilton Showband and The Miami Showband ( many members tragically murmured in 1975).  I think Monday night was Astor night and Tuesday and Thursday were Orpheus nights. Wednesday night was the Queens Hop in the student union. 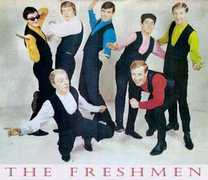 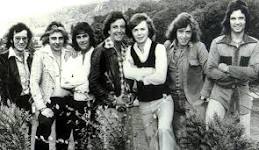 Which reminds me of something and I blush even thinking about it. Surprisingly while the future hubby was still at school in Newry and I was up in Belfast I did have a few admirers.  One such admirer invited me on one occasion to The Queens hop and with permission from my beloved I agreed to go. On the day of the hop I had had a temporary tooth fitted and set off feeling that it was quite secure.  While dancing with my date I noticed he was looking at me peculiarly and as I leaned over to him smiling to ask over the loud music what  the problem was, my temporary tooth became dislodged and fell on the floor. I felt the colour rise and madly searched the floor for my tooth. It wasn’t hard to see cause in those days they used ultra violet light for effect. The down side was that it showed up everything white including white underwear and yes a false white tooth. Can you imagine the effect every time I had smiled, my one tooth had been shining like a beacon. No need to ask If ever saw Gerry again. No, not that Gerry.
When not out enjoying what the city had to offer we sat up at night playing Whist and Poker. Falling into bed at 2 pm and hearing the alarm at 7 to get up for work or uni.
Towards the end of our tenancy agreement one of my friends who was at art college decided to have a music session in the flat. Unfortunately it went round the art college like wildfire. Yes we managed in those days without Twitter. I think it was called face to face communication. So many turned up they were singing out in the street.   Bodhráns,  guitars, tin whistles. Boy the craic was good. It was like St Patrick’s Day in the Holyland. Mrs H was phoned by an irate neighbour and she arrived next morning to find a couple of her armchairs halfway up Cromwell Road and about 6 squatters of indeterminate character sleeping off hangovers in the front ‘parlour’.  We were giving our marching orders.  The shame of it. Still we were young and within a few days we had secured a new home. We moved in above the late John Anderson, a well known hairdresser in the sixties in Belfast and another chapter of our lives had begun.